Beautiful as much as cursed, the Lancia D50 is without any doubt one of the most beautiful Formula One cars ever built. Brainchild of a genius of motorsport such as Vittorio Jano, it embodied all the Lancia spirit. 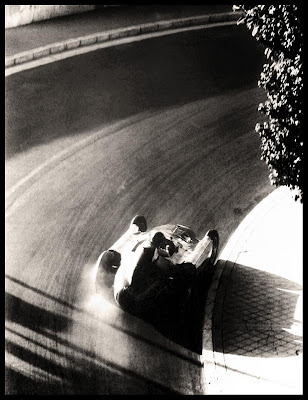 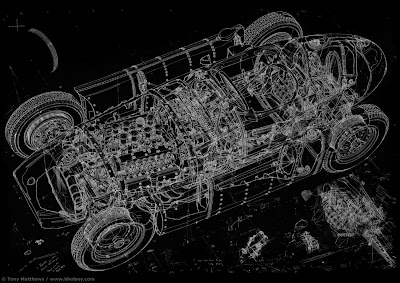 It would have taken a lot of courage to anyone, but not to Lancia. They put Alberto Ascari in the driving seat for the debut in the Spanish GP of 1954 and got the pole position straight away.
A clutch failure will stop the car during the race.
Lancia’s brand new DOHC V8 was shorter than the other straight six and with a lower center of gravity. Tilting it 12 degrees allowed the propshaft to pass on the left of the driver’s seat and the 5 speed gearbox was on the rear axle. Jano also joined the wheels aerodynamically with pannier tanks on both sides. The car was extremely compact and well balanced, probably even too much for the driving style of the time. The “limit” for sliding was much higher and the was hardly space for recovery beyond it.
Ascari won the two pre-season races and luckily escaped a dive in Montecarlo’s harbour. He wasn’t so lucky four days later testing a Ferrari at Monza. That 26th of May took the life of one of the greatest drivers of all time and the hopes of Lancia which could not afford another experienced driver. He sold the F1 program to Ferrari.
The slightly different Ferrari D50 and Fangio will take home the World Championship for 1956.


Only two original survived in a museum and a collection in Turin.


From the spares a minimum of 7 replicas are known to be around the world. 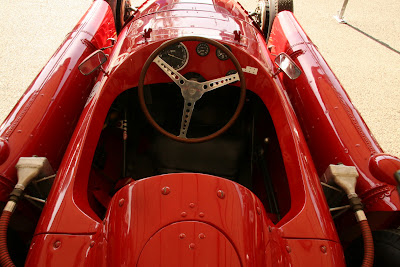 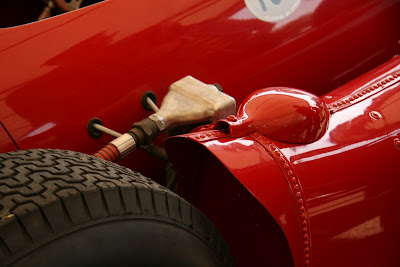 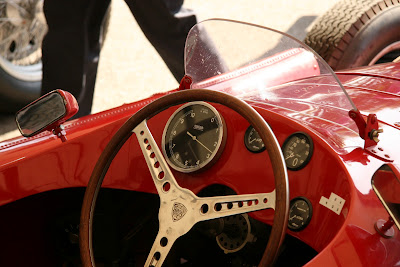 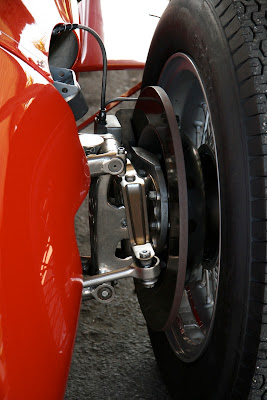 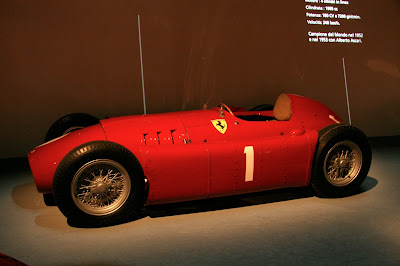